Each week there are prayer request cards in the bulletin at Bethel. If you have a prayer request, you are encouraged to write it down and put it in the offering plate as part of your devotion to God (i.e. casting your cares upon him because he cares for you – 1 Peter 5:7). These prayer requests are collected and distributed to the body so long as they are not marked confidential. If you are a member at Bethel or a regular attender, you should be receiving this list each week. If you aren’t please inquire how you can be part of the distribution. These prayer requests provide many prayer opportunities for your local brothers and sisters in Christ at Bethel.

Likewise, each week there are inserts in the bulletins for Foreign and Home Missions within the OPC. Praying for these missionaries gives you the opportunity to be part of their work. In reference to missions, John Piper gave three categories: “you are either going, sending, or disobedient.” If you are not a missionary in the field, the hope is that you are one who is sending missionaries and not being disobedient to the Great Commission. Our congregation contributes to the “sending” portion of missions by contributing financially to the mission work of the OPC. If you give to Bethel, you already take part in this, but you should make your contribution much more personal by praying for the missionaries listed in the bulletin each week.

Martin Luther’s barber asked him how to pray, and Luther responded with a short book called A Simple Way to Pray. In it, Luther tells his barber that if he will memorize the Lord’s Prayer, the Ten Commandments, and the Apostles’ Creed, he can use them as outlines in his prayers. Luther then goes on to demonstrate how this is done. R.C. Sproul wrote a children’s book called The Barber Who Wanted to Pray in which he tells the story to children and gives the same advice regarding prayer.

Matthew Henry, the famed commentator, wrote a book entitled Method for Prayer. He gives advice on Adoration, Confession, Petition, Thanksgiving, Intercession, Conclusions, the Lord’s Prayer, Occasional Addresses, and Short Forms of Prayer. There are many helpful suggestions in this book. It can be accessed online at MatthewHenry.org, or you can subscribe to the website’s daily email feed. 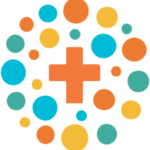 Joshua Project is a research initiative seeking to highlight the ethnic people groups of the world with the fewest followers of Christ. Accurate, updated ethnic people group information is critical for understanding and completing the Great Commission. Revelation 5:9 and 7:9-10 show that there will be some from every tribe, tongue, nation and people before the Throne.

Joshua Project seeks to answer the questions that result from the Great Commission’s call to make disciples among every nation or people group: Who are the ethnic people groups of the world? Which people groups still need initial church-planting in their midst? What ministry resources are available to reach the least-reached? You can pray for a different people group each day by visiting Joshua Project’s Unreached of the Day page on their website. 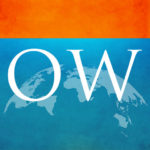 Operation World (OW) is widely regarded as the definitive volume of prayer information about the world and is the recipient of the ECPA Gold Medallion Award for Excellence in Evangelical Christian Literature. Whereas the Joshua Project focuses on people groups, the Operation World prayer guide focuses on countries. You can view their Prayer Calendar here.

Voice of the Martyrs

The Voice of the Martyrs works in many areas where Christians face intense persecution. They have a website called I Commit to Pray that gives weekly prayer requests for persecuted Christians around the world. They also publish a Global Prayer Guide that provides background information on the 68 countries where VOM operates.